I checked out of the lovely Calle Havre in Colonia Juarez at 8 a.m. and taxied off to the airport for the trip to La Habana. 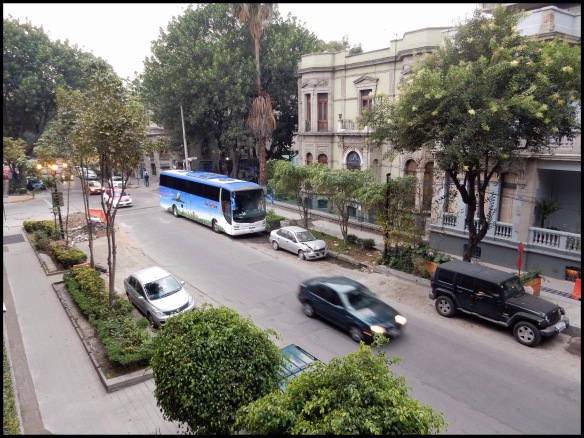 Overall, the whole day went smoothly without any major hiccups. I got to the airport, checked in and the flight was on time. Although, oops, Interjet did it again!! … At check in, they told me it was Gate 26 when in fact it was different gate. And oops, I did it again too… I sat at Gate 26 daydreaming for ages and wondering why there were so few people going to Havana. Eventually I realised I was at the wrong gate and had to do a mad dash round the airport looking for the right departure gate. I got there in plenty of time and everything was OK.

Arriving in Havana was fine too, although there was that “You’re not in Kansas now, Dorothy” moment.

I used to have a slightly smaller than average, bright red suitcase which was very easy to recognise as soon as it came up on the baggage carousel. There were very few suitcases that looked similar. But that suitcase broke so I replaced it with an average sized, black Samsonite suitcase with a combination lock. I realised yesterday that about 80% of all air travel passengers have exactly the same suitcase. I had tied a woven Latvian ribbon to the handle on the long side of the suitcase for easy recognition. Another thing I realised yesterday was that this is the handle that baggage handlers pick up the suitcase with. They then yank up the case and flip the base up, so the handle side ends up against the outside wall of the carousel and therefore the ribbon can’t be seen. And more often than not, they lay the suitcases face down so only the suitcase base is visible.

Picture it: Havana airport, two small baggage carousels, five international flights just arrived, baggage being randomly divided between the two carousels … and a sea of black suitcase bases!! It was three deep at the carousel and people were just grabbing at every black suitcase thinking it was theirs. After realising it wasn’t, instead of putting it back on the carousel, they just tossed it anywhere in the baggage claim area. Eventually everyone had left, every black suitcase appeared to have gone… Except for me! I had a mini freak out thinking that of all the places to loose my luggage for the first time, it had to be Cuba! Anyway, I scouted around the baggage claim area with one of the officials and eventually found it abandoned in some corner.

I changed my money and trotted off and got a cab with a guy who I think is the last surviving member of the original Buena Vista Social Club. 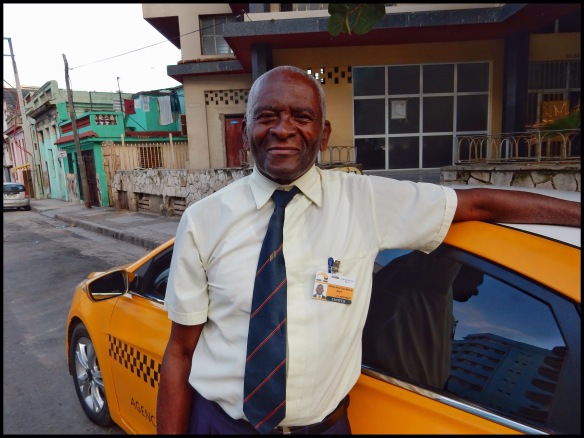 I told him the address: Infanta 51 – 53, on the block (and it’s a small block) between Humboldt and Espada and on the first floor is an office of Cubana Airlines with a big sign out the front that says, “Cubana”. In terms of easy addresses to find, on a scale of 1 to 10 where 1 is very difficult and 10 is very easy, this must rank at about a 9.5. He looked completely dazed and confused but anyway, off we headed to Vedado 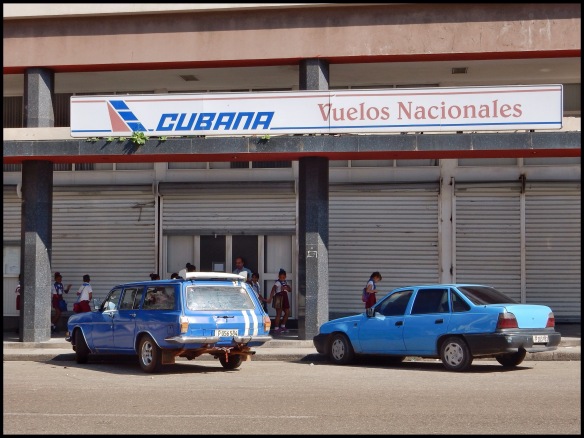 “Great, we’re here!” I thought. He gets out of the car and goes walkabout, returns 30 minutes later and asks me, “What number is your building?” “It’s 51 – 53 and I’m guessing that it could well be this building that we parked outside of that has the big Cubana sign and 51 – 53 written on it.” He goes off and checks and sure enough we were in the right place. 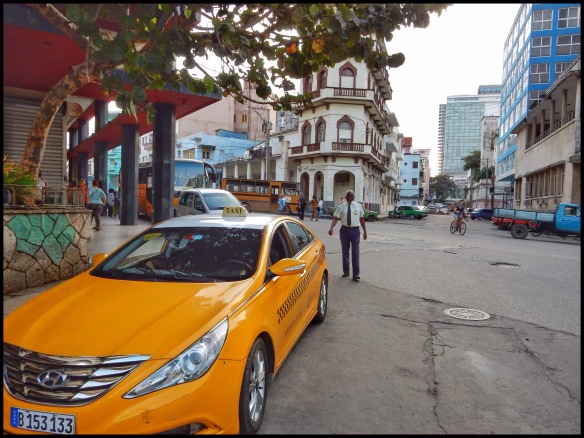 I went up to apartment 504 and rang the bell. Sure enough neither Alejandro nor his wife Karmin were there. Before arriving, I had gone through all the worst case scenarios and had come to terms with the fact that I might have spend at least the first night sleeping on the street. I figured the weather is warm, the rum is cheap, there are a lot of police on the streets and what’s more violent crime is virtually non-existent. I was OK with it so I didn’t panic too much that they weren’t there.

I went back downstairs and luckily enough I bumped into this lady, the incredibly gorgeous Silvia. 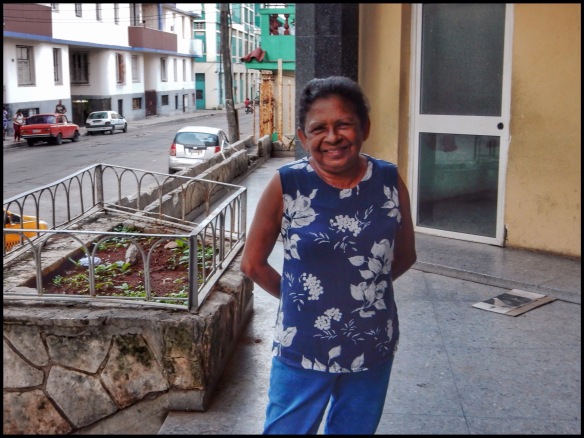 Silvia takes it upon herself to “man” the entrance to the building from 4 p.m. to 7 p.m. everyday. No-one knows exactly why she does this but it was lucky for me because she knows everyone in the building, which apartment they live in and their phone number! As soon as I told her I was planning to stay in 504, she exclaimed, “Aaaah… La casa de Alejandro y Karmin!!” Straight away she was on the phone to Karmin and got her to come down. She lives very close by so she was there within about 10 minutes.

In true melodramatic Latin woman style, Karmin arrived crying and gushing, “Disculpa, disculpa, disculpa… I’m so sorry I wasn’t here when you arrived and you had to wait”. It wasn’t a problem at all but I was grateful for the show of tears. This has happened before so I know how it goes… I had corresponded with her husband Alejandro via e-mail and had outlined three times in great detail my arrival procedure and timing. I gave every detail of the process of getting to their apartment and how long it would take and what my ETA would be. Plus I did the same trip last year and I arrived in downtown Havana about 5 p.m. And that was the time I arrived. Karmin cries, “Alejandro is sick so I had no idea what time you were going to get here”. Presumably Alejandro’s illness is an illness of the hands and mouth and prevents him from communicating anything in any way with his wife. 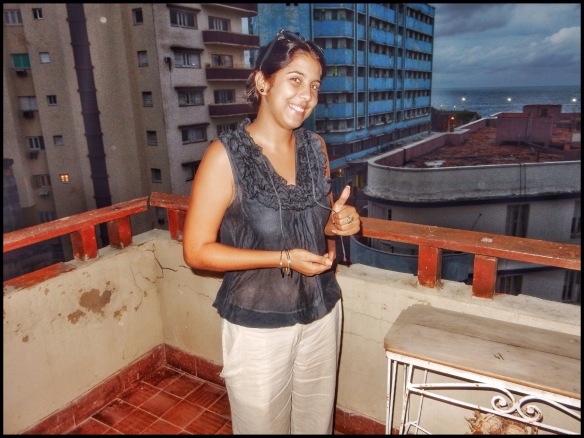 She showed me around the apartment. I’ve been to Havana before so I knew what to expect. The apartment is very cheap, only about AUD45 per night for the whole place but it’s quite a come down after the Sacristy.

Anyway, I wasn’t worried at all. Karmin was lovely and I was happy to be King, safe in my own little castle with a rocking chair on the balcony and a view of the ocean.