It seems that I’m on the Rainbow Tour… Wherever I go, the universe keeps sending me rainbows!  Is it a sign? … I hope so! Certainly so far, aside from the small speed bump of leaving my luggage on the airport shuttle bus, things have been sailing along very smoothly.  Istanbul is indeed a friendly place, and what’s more, people actually seem genuinely friendly.  The last couple of days have been smooth sailing except that my plan of having a wild and crazy weekend in the bars and clubs of Taksim never came to fruition due to extreme exhaustion and severe jet lag.  Damn you jet lag!  It’s probably a good thing though.  The days have just been spent staring out at the view over the Golden Horn from my apartment or going for walks along Istiklal street and over the bridge to Sultanahmet and having random encounters.

As I mentioned before, the people here, with the exception of the carpet sellers of Sultanahmet, appear to be genuinely friendly.  It’s sad, but after so many years of travelling, you just automatically assume that anyone who approaches you in the street is either a prostitute, pimp, drug dealer, scammer, thief, wants money or all of the above.  However, that hasn’t been my experience in Istanbul. People approach me on the street just wanting to chat and then offer me cigarettes and alcohol.  I wish I was a smoker.  I even got one invitation to attend someone’s work cocktail party, but alas, jet lag got in the way of that one.  The upside of the jet lag, however, is that I’ve been up very early and managed to go out sightseeing at dawn’s crack, before the swarms of tourists and midday heat arrive.

This morning as I was walking to the Suleymaniye mosque, I stopped in a café to have a coffee.  One of the other customers began chatting with me and offered to drive me on his motor bike the rest of the way to the mosque and escort me inside.  It was a small gesture but extremely kind and helped to restore my faith in humanity.  The mosque itself is truly a breathtaking piece of both architecture and interior design.  After having a look around, I thanked him and continued on my way to Hagia Sophia and the Sultanahmet Mosque. 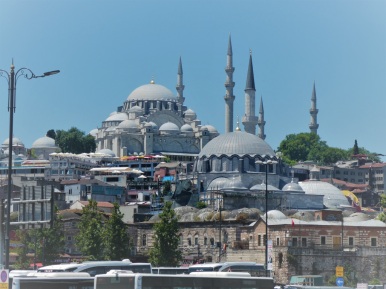 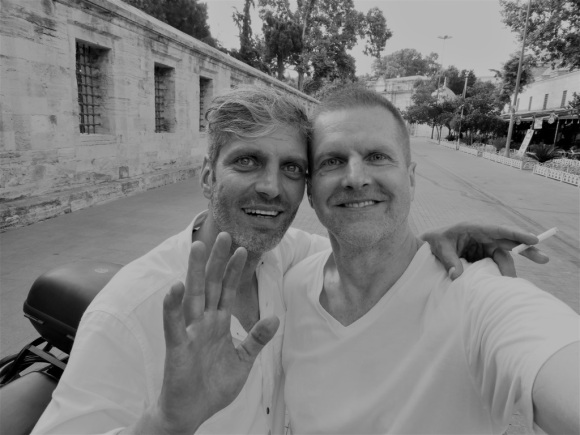 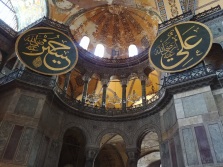 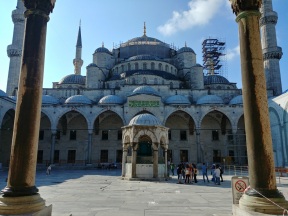 Interestingly, or not so interestingly, another random encounter I had was with Javi, a Venezuelan from Maracaibo.  Javi is fleeing the revolution in Venezuela by way of doing a PhD at a Turkish University.  The PhD is very useful in escaping a crisis: economic, political or personal or else it is given in pity to ex-prisoners.  It would be interesting to see Javi in a couple of years… Will he still be passionately embracing the PhD or will political oppression and food shortages suddenly start to look more attractive?

The down side of all this smooth sailing and healthy living is that it doesn’t make for interesting blog writing.  I did, however, manage to make an attempt at my first vlog.  It’s about the apartment and  surrounding area.  The internet here is insanely slow, so the quality isn’t great.  Nevertheless, here is the link.  Look if you’re game!